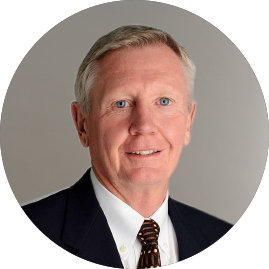 Mr. Walters previously served as President and Chief Operating Officer at Infor, one of the largest privately held software companies and a leader in enterprise software and services. During his tenure, Infor executed more than 25 acquisitions and grew from $40 million to over $800 million in revenue. He then led an initiative as CEO and President of Extensity, building a $500 million financial performance management software company through two key acquisitions that merged with Infor in 2007.

From 2007 to 2010, Walters served as President of the Financial Solutions Group at Infor. During this time, the company grew from $800 million to $2.1 billion in revenue with offices in more than 100 countries, over 8,000 employees, and more than 70,000 customers.

In addition to Infor, Walters previously served as Chief Operating Officer at Internet Security Systems, Inc. and as a Managing Partner at Coopers & Lybrand.

Return to About Page